The floor has risen for natural gas. The US natural gas weekly numbers are a good excuse to rein in some of the buyer enthusiasm that appears to be taking place in response to more constructive fundamentals and the real possibility that we can get through the injection season and manage the excess supply. Natural gas futures swung to a loss despite data that showed a smaller-than-average storage addition last week. Natural gas futures for October delivery fell 6.9 cents, or 2.20%, to $2.97 a million British thermal units (MBTU) Friday on the New York Mercantile Exchange.
The U.S. Energy Information Administration (EIA) reported last week that U.S. natural gas stocks increased by 52 billion cubic feet for the week ending September 16. Analysts were expecting a storage addition of around 53 billion cubic feet. The five-year average for the week is an injection of around 83 billion cubic feet, and last year’s storage addition for the week totalled 105 billion cubic feet. Natural gas inventories rose by 62 billion cubic feet in the week ending September 9.
Natural gas prices rose to a recent high last week on forecasts for continued warm weather and higher demand for natural gas through the end of this month in US. But summer’s high temperatures are pretty much behind us now and more gas is likely to be headed for storage. The concern is that natural gas could threaten the country’s physical storage limit of around 4.3 trillion cubic feet by the time the winter heating season begins.
Still, some traders had anticipated that the storage build would be smaller, indicating the supply glut is shrinking even more quickly. The money was bet on a mid-40 MBTU number, not something with a 50 plus MBTU. But analysts said data is still bullish, pointing to a shrinking surplus of natural gas heading into winter, when demand is typically highest. Historic late summer heat has led to record demand for gas-fired power at a time of declining drilling activity, helping convince many the glut of the fuel is easing.
Natural gas futures prices have surged to their highest levels since the winter of 2015, and last week’s settle was still the third highest of this year. Stockpiles remain about 4.1% above their levels of a year ago and more than 8% above the five-year average. The EIA reported that U.S. working stocks of natural gas totalled about 3.551 trillion cubic feet, around 268 billion cubic feet above the five-year average of 3.283 trillion cubic feet and 140 billion cubic feet above last year’s total for the same period.
Working gas in storage totalled 3.411 trillion cubic feet for the same period a year ago. Teri Viswanath, managing director of natural gas at PIRA in New York, said the reaction to the latest data may take some of the froth out of the market, but sentiment toward natural gas has become more positive in recent weeks. 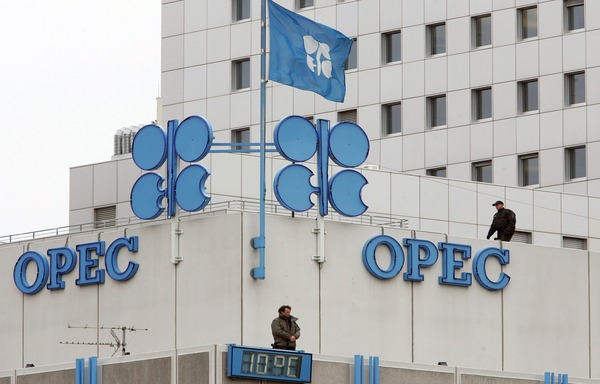 if opec freeze production bears would be comp...