what happened if an unholy alliance gathered in bitcoin market?

In a span of 24 hours, the price of Bitcoin plunged 25%
The digital currency is possibly worth nothing at all: Morgan Stenly
Imagine an unholy alliance between cyber-utopians, money-launderers, financial fraudsters and ultra freemarketeers. What sort of toxic contraption might they dream up? That would be Bitcoin. Sorry, but cyber-Santa is an illusion. Wish you all a Merry Christmas and a Solvent New Year.
North Korea was the country responsible for the WannaCry ransomware attacks earlier this year, plaguing over 230,000 computers in over 150 countries. While victims received ransom demands, paying did not unlock their computers, the homeland security adviser said. It was cowardly, costly and careless. The attack was widespread and cost billion. In total, the ransom ware collected 52.2 Bitcoin, worth around $143,000 at the time of the attacks earlier in 2017. Now, that same amount is worth almost $10 billion, thanks to the surge the cryptocurrency has experienced in the last couple of weeks.
In a span of 24 hours, the price of Bitcoin plunged 25%. The so-called digital gold suddenly nosedived below $12,000. Other cryptocurrencies were hit just as hard wiping out more than $120 billion in total market value. It was an utter rout. Bitcoin officially entered a bear market, technically defined as a 20% plunge, on Thursday, with most market experts commenting that the alternative currency was long overdue for a correction.
Bitcoin continued shedding value on Sunday, adding to losses after having entered a bear market on Thursday. On a day of extreme volatility, typical for the largest digital currency by market cap, Bitcoin plummeted 14.5%, or $2,036, on the Bitfinex exchange to trade at $12,000. Prices have ranged from $14,706 to $11,777 in the last 24 hours. The most popular cryptocurrency –which trades 24 hours a day, 7 days a week- hit a record high of $19,891.00 only last Sunday in the run up to CME’s launch of Bitcoin Futures.
However, Bitcoin has still rallied around 1,100% from just under $1,000 at the beginning of the year and maintains gains of nearly 21% in December alone. Unlike recently, cryptocurrency rivals were not benefitting from the selloff in the leading coin. Some observers suggested that investors were cashing in on stellar gains across the board as they closed their books ahead of the Christmas and New Year’s holidays.
Ethereum, the second most valuable cryptocurrency by market cap after Bitcoin, plummeted 13.2% to $582.50 and is off around 11.73% in the last 7 days. Similarly, Ripple - designed for banks and global money transfers and with one of the more affordable price tags- fell 13.51% to $0.86 after having just having passed the historical milestone of $1 on Thursday. Still, the low-cost Bitcoin alternative held gains in the last seven days of 25.1%.
But attempts to quantify Bitcoin's 'true' value have proven notoriously difficult, but for a Morgan Stanley strategist, the digital currency is possibly worth nothing at all. In a research note to clients, Morgan Stanley analyst said, why the digital currency was difficult to valuate. In particular, Bitcoin cannot be treated like a currency because there is no interest rate tied to it. Its daily volumes also pale in comparison to the $5 trillion-plus global forex market. Date: 25-12-2017 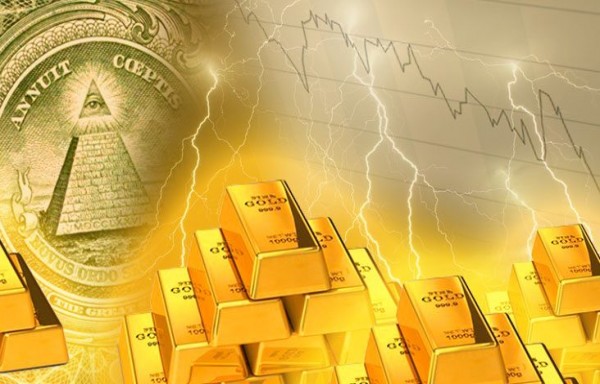 the late year rally in gold was fuelled by ne...